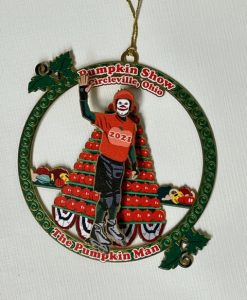 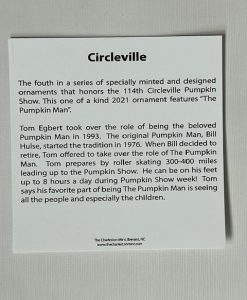 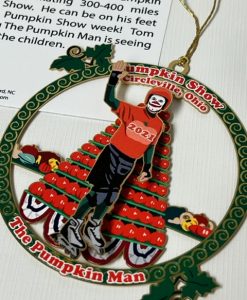 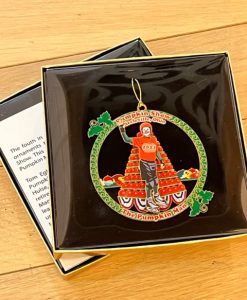 The fourth in a series of specially minted and designed
ornaments that honors the 114th Circleville Pumpkin
Show. This one of a kind 2021 ornament features “The
Pumpkin Man”.

Tom Egbert took over the role of being the beloved
Pumpkin Man in 1993. The original Pumpkin Man, Bill
Hulse, started the tradition in 1976. When Bill decided to
retire, Tom offered to take over the role of The Pumpkin
Man. Tom prepares by roller skating 300-400 miles
leading up to the Pumpkin Show. He can be on his feet
up to 8 hours a day during Pumpkin Show week! Tom
says his favorite part of being The Pumpkin Man is seeing
all the people and especially the children.